Airtel Counters Jiofiber Launch by Offering up to 1,000 GB Data

Airtel Counters Jiofiber Launch by Offering up to 1,000 GB Data

“Whatever Jio can do, we can do it better”. This seems to be Airtel’s motto, whenever Reliance Jio has something big to offer its consumers.

Anticipating a ripple effect of the announcements made by JioFiber this month, Airtel is beefing up its data plans, offering more gigabytes of data to its existing users, and looking to attract more people at the same time.

The company’s broadband website has listed a revised data quota for its existing plans, which is now offering up to 1,000 GB additional data to consumers. This comes in addition to 100 GB, 300 GB and 600 GB that are already bundled with Rs 799, Rs 1,099 and 1,599 plans respectively.

As you can see, the data plans are already flush with other benefits like access to Airtel TV, Amazon Prime subscription for one year and even a Netflix account (up to the free trial period) among others. 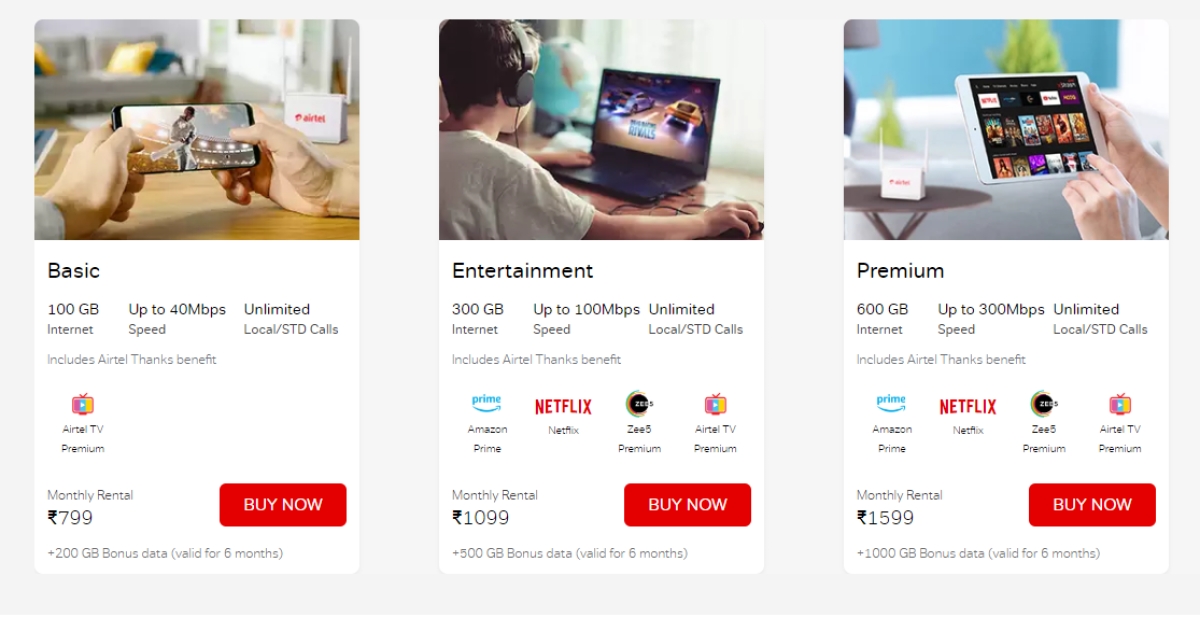 Airtel’s basic plan is Rs 100 more than what JioFiber’s entry plan will cost. This isn’t a huge difference for consumers, and they’ll probably consider what other benefits they’re getting for the money paid.

JioFiber will be commercially launching in the country from 5 September onwards, with prices starting from Rs 700 and going up to Rs 10,000. The telecom operator is entering the broadband space with a bang, as it plans to give free 4K LED TV and set top box as part of the JioFiber Welcome Offer.

This is probably the first of many revisions to be made by companies in the segment, as they look to retain and add new consumers to their service.