The iPhone Xs, Xs Max, and iPhone Xr were launched by Apple at the “Gather round” event at Steve Jobs Theatre in California on September 12. The new iPhones were introduced to the audience by Phil Schiller, senior vice president of worldwide marketing at Apple. The new variants of Apple iPhone were launched alongside the Apple Watch Series 4, that succeeds the Apple Watch Series 3. The tech giant for the first time has launched the iPhone with a support for dual SIM cards. Apple will offer eSIM (Apple SIM) as one option while the one provided by your carrier can be inserted into the regular tray. The iPhone Xs has a 5.8-inch Super Retina display while the Xs Max variant has a 6.5-inch Super Retina display, and the third iPhone, iPhone Xr, has a 6.1-inch LCD Liquid Retina Display – all three having a notch on the top.

The iPhones, for also the first time, have been upgraded to pack as high as 512GB storage that Schiller said will be “more than enough”. All three models – iPhone Xr, iPhone Xs, and iPhone Xs Max will come with 512GB storage on their respective top-end variants. All three iPhones are powered by the Apple’s new, more powerful A12 Bionic chip that runs  64-bit architecture. Face ID is available on all three iPhones as the biometric solution to unlock them and authenticate Apple Pay payments. As far as its ML features are concerned, iPhone Xr, iPhone Xs, and iPhone Xs Max come with a new neural engine that can solve 5 trillion operations in a second. While introducing the new variants, Phil Schiller said that the camera of iPhone has been dubbed as the ‘world’s most popular cameras.’ The iPhone Xs (and Xs Max) comes with a 12-megapixel wide camera and a 12-megapixel telephoto camera along with a new TrueDepth lens. 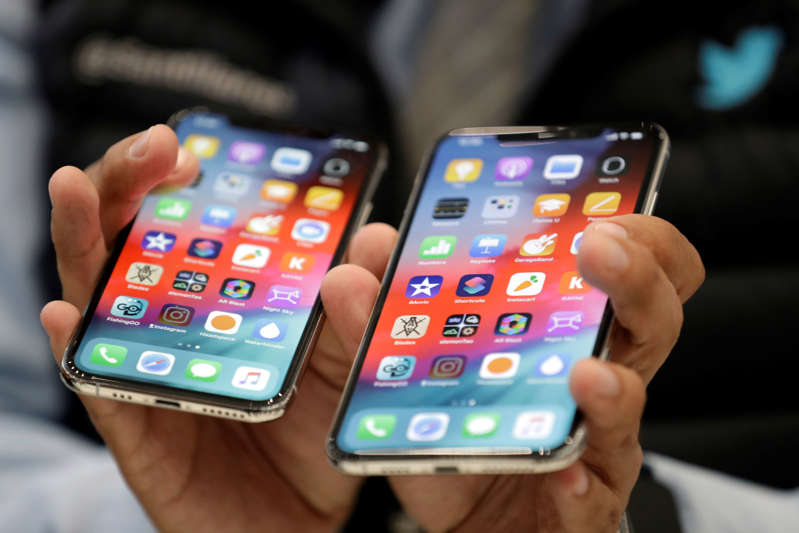 Along with these two variants, Phil Schiller also announced the iPhone Xr variant, which is the cheapest iPhone model launched this year. The iPhone Xr comes with a durable glass and will be available in White, Black, Blue, Coral, Yellow, and (PRODUCT) RED colours. There is a 6.1-inch LCD display that runs from edge to edge with Pixel masking technology. The iPhone Xr has a 12-megapixel wide-angle camera with True Tone LED flash while there is a TrueDepth camera on the front. Schiller said at the event that iPhone Xr has 90 minutes more battery life than the iPhone 8 Plus.