Facebook introduced Secret Conversation in Messenger back in 2016. The Secret Conversation feature enabled users to share end-to-end encrypted text messages with other users on the company’s messaging platform. Now, nearly three-and-a-half years later the social media giant is planning to extend this feature to other forms of communication on Messenger.

The report comes as a courtesy of Jane Manchun Wong, who shared a screenshot of the unreleased feature on Twitter. The screenshot shared by Wong states that all calls made over Secret Conversations would be “end-to-end encrypted across all your active mobile devices”. This means that when released, this feature would prevent hackers and even Facebook to snoop in users’ private conversations. 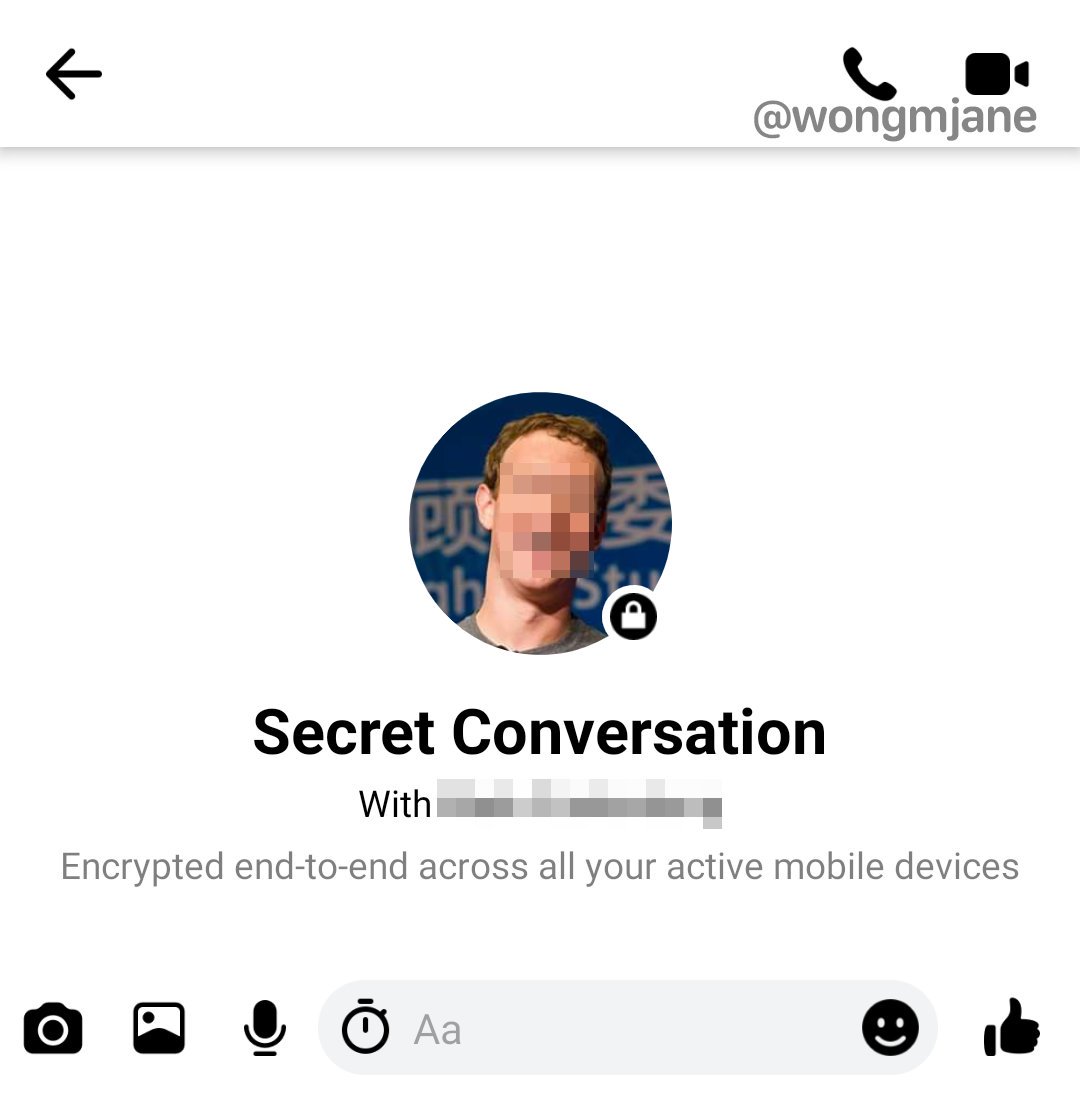 That said, this feature is still in the developmental phase and Facebook hasn’t confirmed anything about it either. This means that it would some time before Messenger users are able to enjoy a fully encrypted conversation on Facebook’s platform.

Notably, the report of Facebook working on a feature that expands the scope of encryption on its platforms seems to be in sync with the company’s plan of provide strong protection across all its services. Earlier this year, Facebook chief executive officer Mark Zuckerberg had announced the company’s plans of introducing end-to-end encryption across all its platforms which includes Instagram. WhatsApp already uses E2E encryption technique for all conversations on its platform.

“People’s private communications should be secure. End-to-end encryption prevents anyone — including us — from seeing what people share on our services….At the same time, there are real safety concerns to address before we can implement end-to-end encryption across all of our messaging services,” Zuckerberg had written in a long blog post outlining Facebook’s ‘privacy focused vision’.

Later, US’s Department of Justice asked Facebook to hold off on its plans of introducing end-to-end encryption in its services till the department figures out a way wherein the feature does not compromise on public safety. Attorney General William Barr , who wrote an official letter to Facebook in October 2019, was backed in his request by officials from UK and Australia.