How Much Your ATM Transactions Cost After Permissible Monthly Limit

How Much Your ATM Transactions Cost After Permissible Monthly Limit

Most banks today permit their customers a stipulated number of ATM transactions free of cost every month. Banks such as SBI or State Bank of India and ICICI Bank, and even the post office, which offers several types of savings schemes and remittance services, levy a fee ranging from Rs. 5 to Rs. 20 per transaction (excluding GST) as ATM charges. The ATM charges vary, depending on whether the ATM belongs to the same lender the customer holds an account with and where the ATM is located. 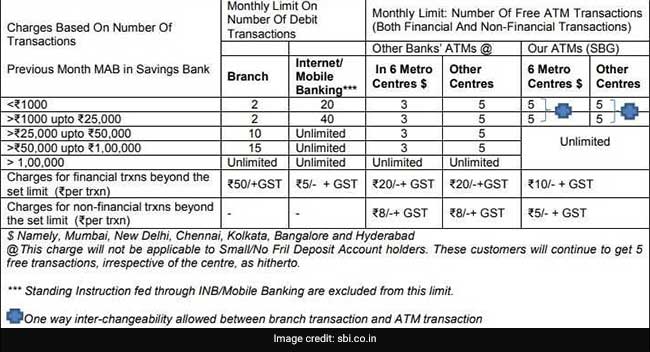 Any additional ATM transactions attract charges at the rate of Rs. 5 plus GST to Rs. 20 plus GST, according to the SBI corporate website. These charges depend upon factors such as the nature of transaction and type of ATM.Any financial transactions beyond the monthly limit at SBG or State Bank Group ATMs are chargeable at Rs. 10 plus GST. This includes SBI group ATMs in six metros – Delhi, Kolkata, Mumbai, Chennai, Bengaluru and Hyderabad – and other locations. For transactions at ATMs of other banks, SBI charges Rs. 20 plus GST.

Additional transactions at ATMs of other banks attract charges at the rate of Rs. 20 plus GST​ per transaction, according to the India Post website.