People Losing Lakhs Due to UPI Scams, Here’s How You Can Avoid It

People Losing Lakhs Due to UPI Scams, Here’s How You Can Avoid It

India has gradually moved to accepting digital payments, for even the smallest of things. While demonetisation did spur the trend, people have probably warmed up to its convenience as well.

And to encourage this, you have apps like Paytm, Google Pay and PhonePe among others, that offer prepaid wallet as well as UPI (via bank account) service.

But the change in trend from using cash has also resulted in change of modus operandi for robbers, who’re now taking advantage of the digitally-savvy user base with simple and easy to fool techniques.

Online shopping has become the platform, wherein UPI scams have become prevalent and the worrying thing is, people are inadvertently giving consent to be duped. No wonder, this has raised alarm bells for the Reserve Bank of India (RBI), which has instructed all payment entities to warn its users.

But the trouble is, these warnings haven’t really helped everyone out there engaging in various online activities.

For instance, as mentioned in this report by Moneycontrol, people buying stuff from platforms like OLX end up getting fooled into paying for items, instead of receiving money from the other person.

This is exactly what happened with 28-year-old Maya Venkat, quoted in the story, who was looking to sell her bed for around Rs 28,000. The buyer decided to pay half in cash and the rest through PhonePe (UPI) app.

These UPI apps give people the option to ‘Send’ or ‘Receive’ money which is not available on banking apps.

Luckily, she noticed the difference at the right time, declined the request and questioned the person about his intent. Before she could reprimand him, the caller disconnected.

Most people aren’t lucky as Maya, which is why you’ve got advisories and warning coming from all corners. But even after that, the news is filled with stories of people being duped for lakhs, and there are cases where even the banks or even police can’t come to your rescue.

Various security experts have pointed out that the pace of digital progression in India hasn’t helped people to acclimatize to varying cyber theft concerns, which doesn’t require the fraudster at the other end to be a tech whiz to dupe someone. 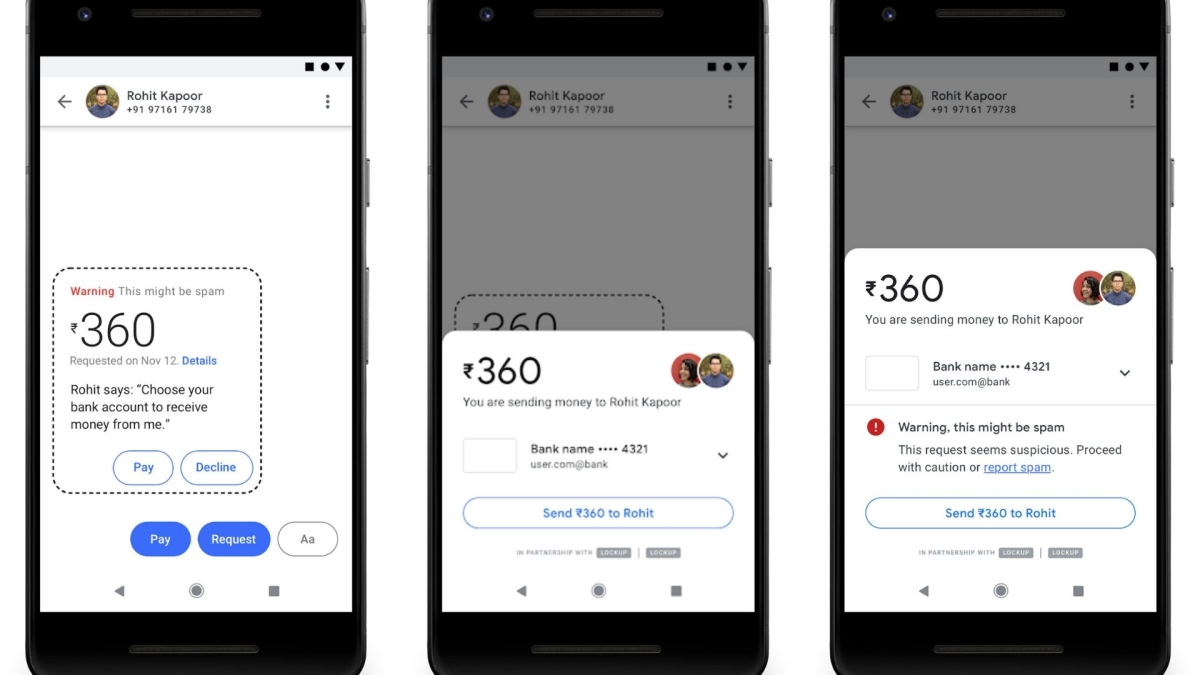 To make payments safer and aware its users, the Google Pay app in the country now alerts users if a payment request popping up on their screen is a spam or not. We’re hopeful that other payment apps supporting UPI also implement similar features.

These preventive measures are shared at regular intervals but with UPI coming into the picture, your bank account and all the money you’ve earned could be in grave danger. So, if you haven’t gone through the manual yet, it’s high time you do.