Are you planning to go on holiday? If yes, then you can check out various tour packages designed and offered by Indian Railways Catering and Tourism Corporation. The IRCTC is launching several tour packages in the next three to four months. At present, the lowest IRCTC tour package starts at as low as Rs 10 for a journey in Indian Railway’s heritage train Garhi Harsaru Farukh Nagar Steam Express. The train is hauled by WP7200 AZAD, a Broad Gauge 1947, make Steam Locomotive. For this journey, you will have to first reach Garhi Harsaru or Farukh Nagar. However, there are many IRCTC tour packages which may be starting or passing through your city.

“One such tour offering is the ‘Bharat Darshan Tourist Train’ for visiting the popular tourist attractions of Goa & Rajasthan. An additional tour to Tirupati Balaji Darshan by Charter Coach has also been planned. Further another international tour package to Europe called Majestic Europe is also being offered to travelers,” said the IRCTC in a release.

The next itinerary of Bharat Darshan Tourist Train starts March 31st. “Bharat Darshan Tourist Train (31st March – 10th April 2019) – The tourist train will depart from Madurai on 31st March 2019 to visit the popular tourist attractions of Goa, Jodhpur, Jaisalmer, Jaipur, Ajmer & Udaipur and reach back to Madurai on 10th April 2019. The package priced at a nominal Rs 9, 450/-per person includes confirmed train tickets, vegetarian meals (onboard & off-board), dormitory/hall accommodation, Non AC transportation arrangements for sightseeing, and the services of a Tour Escort and security (in each coach of the train),” said the IRCTC. 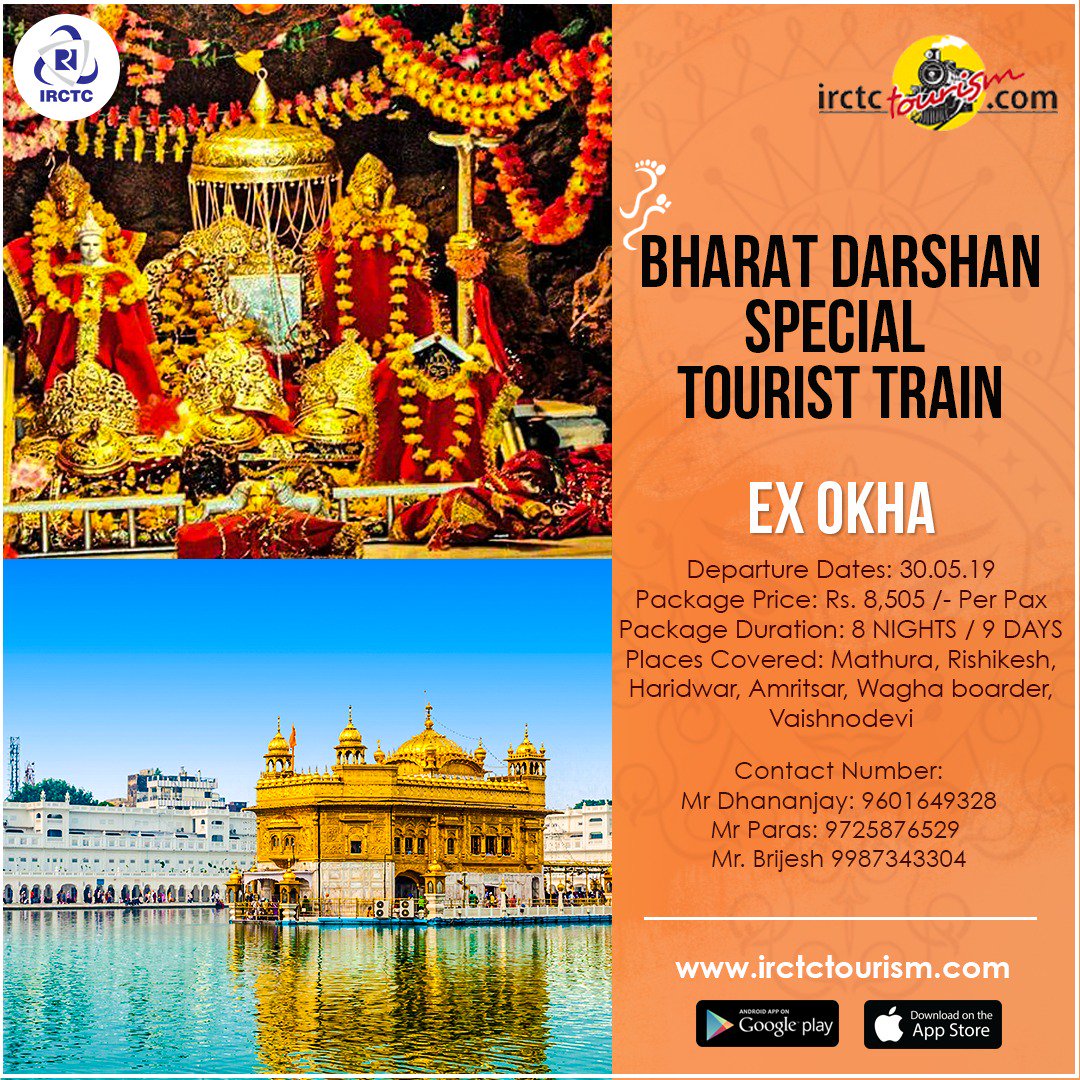 It added that the LTC facility is also available for State/Central/Public Sector employees. The boarding points for the train are Thiruvananthapuram, Kollam, Kottayam, Ernakulam, Thrissur, Shoranur, Kozhikode, Kannur & Kasargod.

There are many other domestic and international tour packages available at irctctourism.com. These include religious as well as tours to places like Goa, Khajuraho, and to various places across India.