Indians have a tendency of overlooking health symptoms unless it becomes “serious”, which is ironic, since the country is also home to numerous life-threatening diseases such as tuberculosis (TB). According to WHO’s Global Tuberculosis Report 2019, India has the highest number of patients suffering from tuberculosis in the world. Around 26.9 lakh people fell ill with the contagious disease in 2018 in India. The worse thing about TB is that it can happen anywhere to anyone, most likely to be in adults.

One of the reasons why TB is so prevalent in India is due to late diagnosis. This was something Rahul Pathri, a biotechnology specialist, also recognised. As somebody who had a personal experience with TB, Pathri had always worked on developing affordable and accessible healthcare solutions. An app to diagnose tuberculosis non-invasively was one such solution.

In 2016, the IIM Calcutta alumni had teamed up with some like-minded people- Balakrishna Bagadi, Arpita Singh and Vaishnavi Reddy and formed Docturnal, a healthtech firm dedicated to developing solutions to detect lung-based diseases. It has built a screening mobile app- TimBre which diagnoses TB in a patient by recording the sound of his or her cough.

“It uses artificial intelligence and machine learning to make the cough interpretation. It is easy, non-invasive, affordable and an easily accessible procedure for TB diagnosis,” Rahul told ET.com.

Smart, non-invasive diagnosis
Existing screening methods for TB are long and can be cumbersome, sometimes taking two days for diagnosis. According to Preeti Kumar, Vice President, Public Health Support System, at the Public Health Foundation of India, usually when a patient shows four symptoms of TB, he is recommended to take a sputum test for sputum microscopy, which involves patients taking a deep breath and cough hard to spit out some sputum- a thick mucus, sometimes also called phlegm.

“The sputum is then taken to a microscopic lab to test whether it contains the TB bacteria or not,” she said, adding that in this test, several factors are taken into account such as ensuring that the cough is of sufficient quantity and tested early so that the sputum doesn’t dry out.

Other limitations in the test include difficulty in collection of sample if the patient doesn’t have a productive cough and the inability of an elderly person or children in providing sputum.

In case the patient shows the symptoms, private doctors often recommend X-ray of chest for diagnosis, which is not the recommended strategy, she said.

TimBre was precisely conceived to surpass these complexities. It requires a medical practitioner or a healthcare worker to record the cough of a patient using a microphone array and along with some clinical data like demographic details, pre-existing health conditions, sleep and cough patterns, among others. Thereafter, using machine learning, the recording is processed in real-time to predict whether it is TB positive or not.

Docturnal’s team had trained its machine learning algorithm by feeding it the data of nearly 7000 infected coughs to make the interpretation.

“When we cross validated our solution with existing solutions, we found an accuracy of 85%,” Pathri claimed. Once the patient is detected TB positive, he/she will be referred to medical experts, partner physicians and diagnostic centres.

“TimBre’s applications is not only limited for TB screening, but can classify the cough into other ailments as well, such as bronchitis, pneumothorax, smoker’s cough, etc. The algorithm contains an entire spectrum of lung-based diseases,” he said.

Speaking on the similar lines, Kumar said, “TimBre is a non-invasive point of care tool, on the other hand, is a portable and simple screening app. It is a disruptive innovation and its simplicity in design using inexpensive apparatus such as a hand-held microphone, allows it to be rapidly deployed in the community and in the households. Further, the results are almost instantly available. Another advantage is that if any person is found positive on screening, the other members of the household can also be screened simultaneously.”

A poor man’s disease
While the medtech startup seems to have a massive potential to disrupt the healthcare sector, Pathri says there is a lot of socio-economic issues related to the contagious disease, which posed as a challenge towards their initiative.

“TB is a poor man’s disease. And, our app, it’s not like a clothing line or an app that checks your blood pressure or glucose. So the range of business possibility is not as much. For a solution like ours that is for a disease like TB, it’s a challenge to get to that level in the commercial sector,” the entrepreneur said. 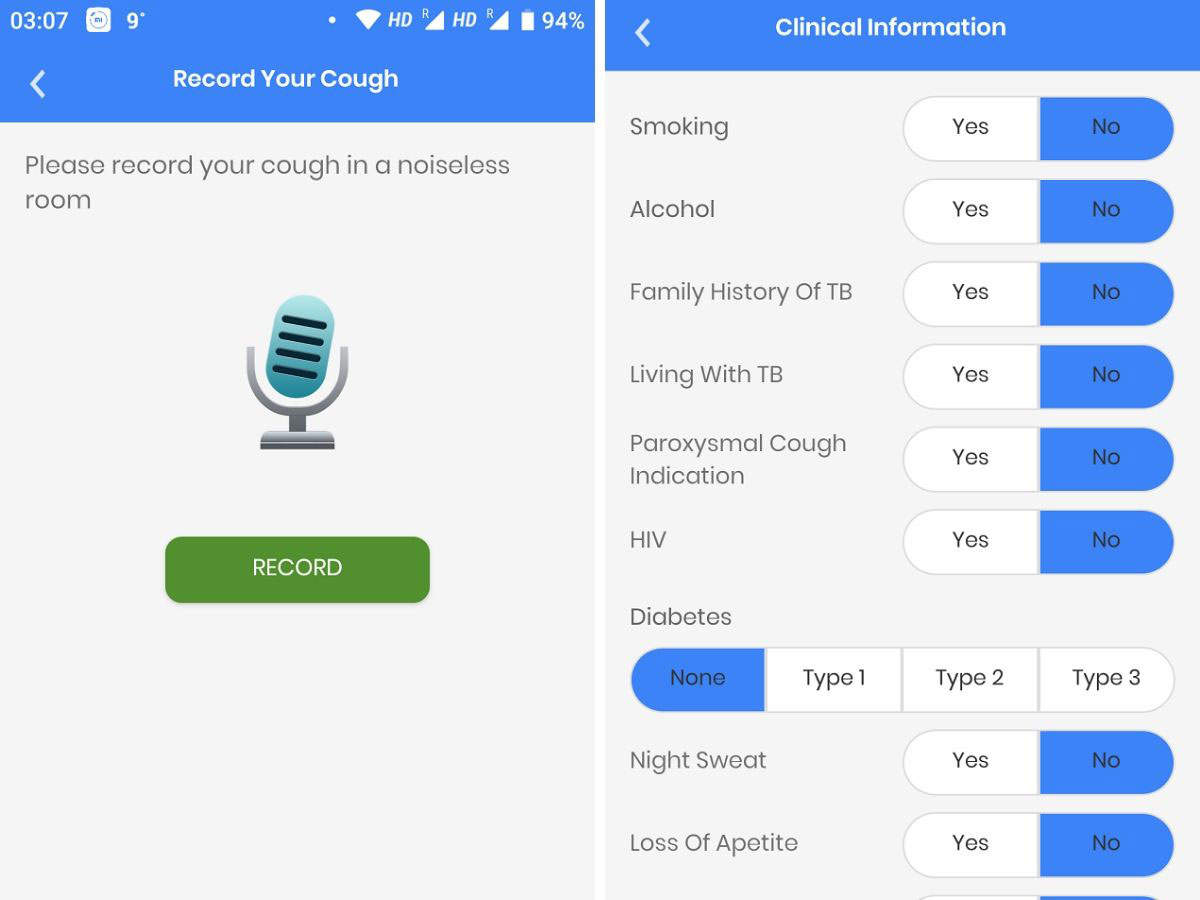 He added until this year when Prime Minister Narendra Modi announced that he wanted to eradicate tuberculosis in India by 2025, nobody was interested in their initiative. “We were just very fortunate to be at the right place at the right time,” he quipped.

On the other hand, Pathri says he still finds the existing methods of TB diagnosis a competition since people have been relying on them for years.

Further, his team has found that there is a lot of stigma attached to TB as people were not willing to come forward to talk about it initially. Interestingly, the firm witnessed an enthusiastic response from people since their method of screening was unique, intriguing and patient-friendly.

“When you go with a microphone for something like a disease screening, it naturally builds a curiosity. Everybody wanted to see what was happening with the microphone, and that’s why they came forward. Secondly, it was a non invasive procedure, therefore, it made them feel safer. Now, we are taking personal information- demographic and clinical variables, which is one of the reasons why our results are so good,” co-founder Singh added. 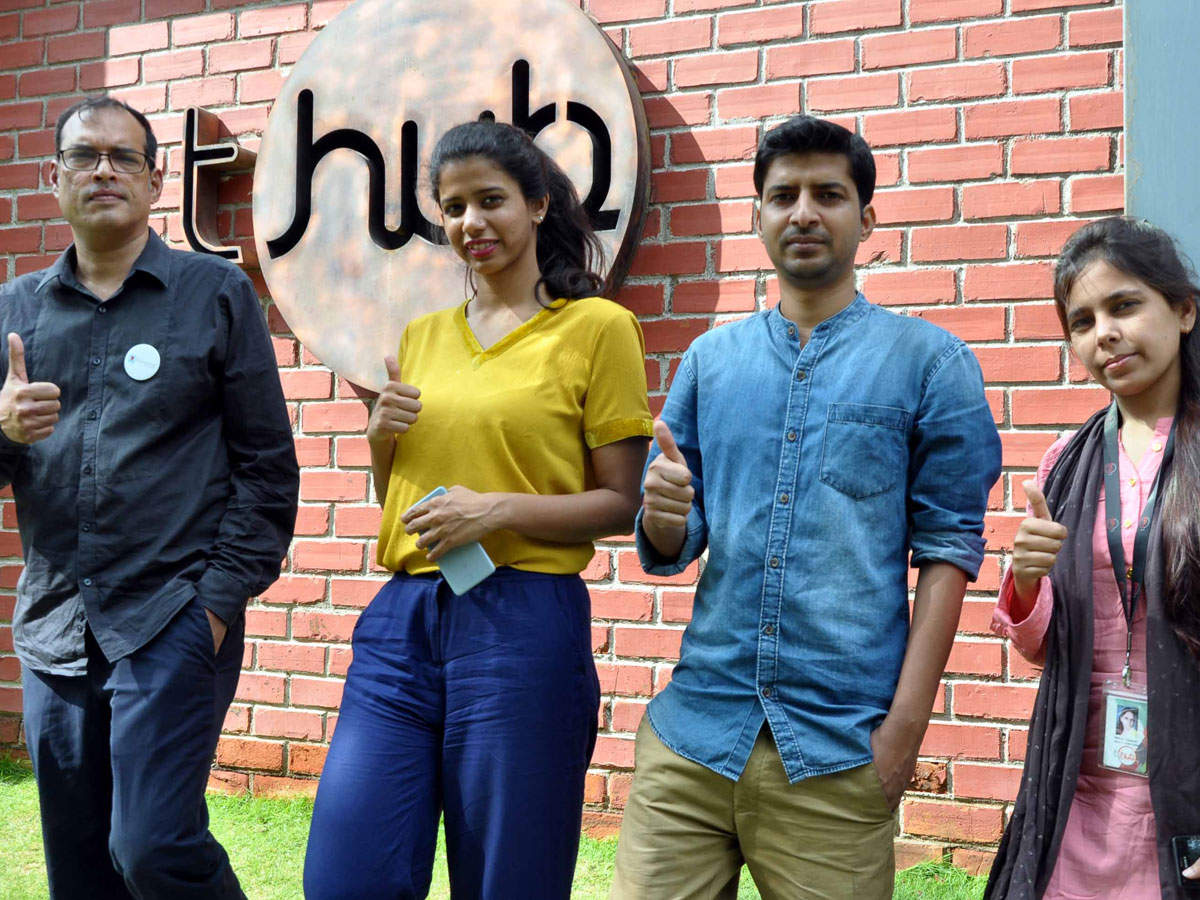 Promising future
Talking about the medtech firm’s progress over the years, Pathri said, “From being an entity that was struggling to get acceptance in the startup and business ecosystem to being an entity recognized by every medical fraternity as the choice for active case finding for TB, Docturnal is today generating revenue. It’s been a long journey and an interesting one.”

Till date, the initially bootstrapped firm has raised a sum of $250,000 from IIIT-H, AIRmaker, BIRAC, Axilor, and Mumbai Angels, and has been incubated by T-Hub and supported by RNTCP (Revised National Tuberculosis Control Program) State of Telangana. It estimates revenue to be in the range of Rs 45 lakh by FY 19-20 end.

TimBre is in currently deployed as a pilot project in a few chest hospitals in Hyderabad. Docturnal’s clinical trials are going on at Narayana Hrudayala in Bangalore.

The firm is now working on prognosis for TB and has a ready solution to detect Chronic Obstructive Pulmonary Disease (COPD). “In the coming years, we intend to have solutions for asthma and Interstitial Lung Disease (ILD). And, also expand from India to other countries, which need quicker diagnosis of lung-based diseases,” Pathri said.