WhatsApp is receiving a new update for its beta build that bumps up the version number to 2.19.366. Along with various tweaks, this update mainly fixes a serious bug that caused the last version of WhatsApp beta for Android to crash for many users. This bug found in version 2.19.335 has seemingly been fixed in the latest update, along with other notable changes. Apart from this, it has been long rumoured that dark mode will soon be making its way to WhatsApp, but in this new update as well, the feature is nowhere to be found.

The new update for WhatsApp beta is live on the Google Play Store, and if you wish to become a tester then head over to this link to download and install the latest beta version of WhatsApp on your device. 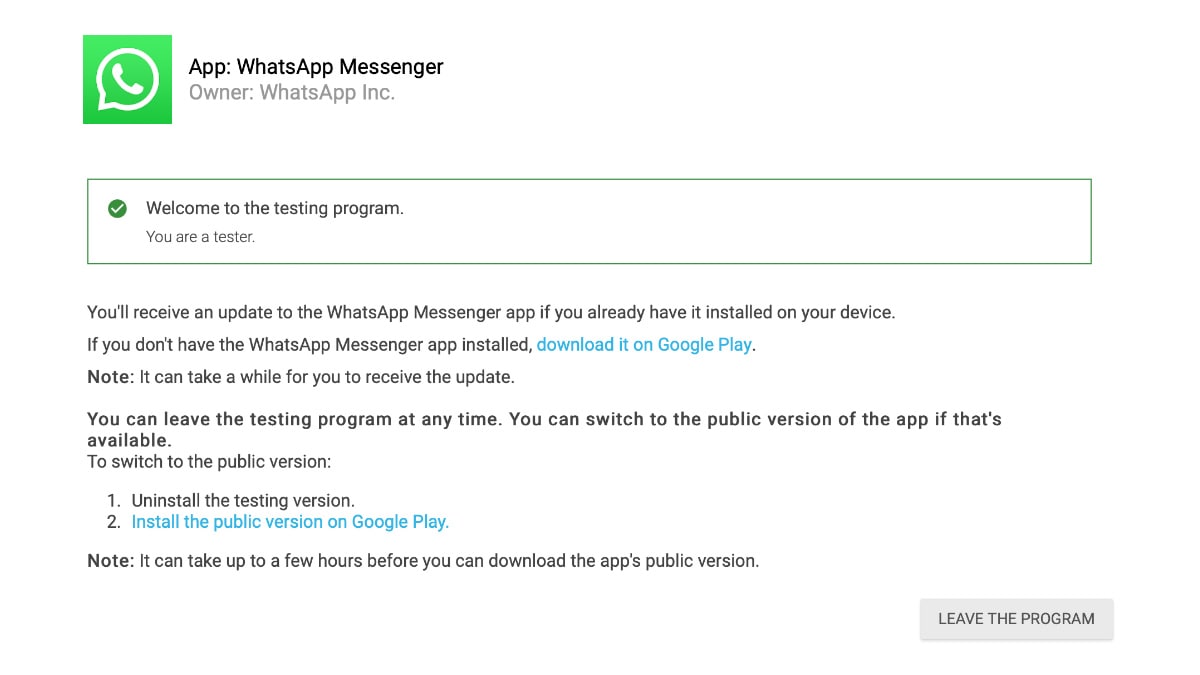 As we mentioned above, the new update for WhatsApp beta bumps up the version number to 2.19.366. The beta update fixes an issue where WhatsApp used to crash for many people. As for the visual changes, a report by WhatsApp features tracker WABetaInfo mentions that the Wallpaper option that was previously found under chat settings has now been moved to a separate Display section. Additionally, WhatsApp has also added new skin tones for six different emojis. The emojis are ‘woman in manual wheelchair’, ‘man in manual wheelchair’, ‘woman in motorized wheelchair’, ‘man in motorized wheelchair’, ‘woman with probing cane’, ‘man with probing cane’.

So, if you want to test the new version for yourself, just head over to the Google Play Store and download the latest WhatsApp beta update on your Android smartphone. And just in case, if you want to opt-out of the beta version, first head over to the WhatsApp beta listing on Play Store and tap on Leave the program, then uninstall the beta app from your phone and install the public version of the app from the Play Store.